Are you a dealership? Learn More| Login Here

Why Are Trucks Cheaper In Texas

Is it true that trucks are cheaper in Texas? Stick around and you will find out.

If you’ve been looking for a used truck and you ran into a listing that’s located in Texas, you might notice that the price is peculiarly low. Then you took a look at another listing that’s not from Texas and saw the price is way higher than the average price. This revelation piqued your curiosity, so you went and looked for more used trucks located around Texas. Then you finally concluded that, indeed, trucks are cheaper in Texas.

You are most likely here because you’ve done the things mentioned above, and you’re curious as to why. If you want to know why trucks are cheaper in the said state, then read on. We also added other states that sell more affordable trucks and the most popular trucks in Texas.

Read more: Trucks VS SUV : Which One Is Perfect for You?

Why Trucks Are Cheaper In Texas: The Answer

But the bigger question is: is there any truth to the question? The answer is part yes, and part no. Trucks are cheaper in Texas because there’s a high demand for trucks in the area. On the other hand, it is not true because the sales tax marks the prices up.

Reports stated that once Texas stopped selling trucks, everything will be gone in three days or less. That’s how popular these vehicles are in the second largest state in America. Even with the pandemic that the world is in right now, nothing can stop the demand and high sales, especially with full-size pick-ups. Though there are no studies to support this claim, many Texans believe that a vast number of families living in the state own at least two trucks per household.

Trucks are popular in Texas because of its utility and flexibility. Perhaps these are also the reasons why trucks are popular all over the world to begin with. Trucks have bigger cargo capacity, drive off-road with no problem, and easily fit in either in cities or outdoors.

Because of the high demand, many car dealerships focus on selling more trucks than sedans and hybrids. With this much surplus, no wonder trucks’ price tags are below the average price rates you’ll find elsewhere.

Did the pandemic decrease truck sales in Texas? Not at all, and there are two reasons why. First, a lot of car manufacturers closed a considerable number of their plants across North America. This move restricted the supply of new models, forcing people to buy used trucks more. Second, since public transportation is frowned upon during the pandemic, many Texans (or Americans, in general) who haven’t thought of getting their own vehicle decided to take one.

Although the price of trucks in Texas is way lower than the norm, no one can escape its sales tax. Many people believe that cars, in general, have similar prices all throughout the country. The price difference, however, only varies with the addition of sales tax. Since Texas doesn’t have any income tax, the government relies more on incurring higher taxes on products. Texas incurs 8.25% on sales tax, making it the 14th state with the highest sales tax. Thus, trucks in Texas are not cheaper, although it appears to be like that.

However, don’t fret just yet. The good thing is, you can still get cheaper trucks within Texas by avoiding bigger cities. Prices of trucks in Texas vary from place to place, depending on the cost of living. So when you find a car with a hefty price tag in Austin or Houston, you can find similar models with lower prices somewhere 50 to 100 miles from the said cities. This also applies to all states in the US.

States Where Trucks Are Cheaper

Now that you know why trucks are cheaper in Texas (or not really), here are a couple of states with the lowest trucks’ fees. As mentioned, price tags on trucks depend on the state’s sales tax and other fees. We’ve never mentioned additional fees yet, but yes, these fees shock most car buyers. This is why most car buyers, especially those who opt for used ones, should check out their local laws on owning vehicles first.

However, when you live in these states, you don’t really have to worry much about these fees. Below are three of the many states where you can buy a truck without the most dreaded fees.

The New England state of New Hampshire is one of the states where trucks are cheaper because of the non-existing sales tax. As of 2019, NH is one of the five states that don’t require sales tax; the other four are Montana, Delaware, Alaska, and Oregon. Although these states don’t impose tariffs on sales, they have their own regulation on other taxes, such as income and excise tax. Local cities and municipalities may also impose local sales tax. With this information, you may need to check and research the local taxes if you’re planning to buy from out of state.

As mentioned above, Oregon is one of the five states that do not impose sales tax. However, there are other fees that buyers need to consider. When you’re buying a truck in Oregon, the costs you need to pay may go up as high as $130. But that is welcoming news. States such as Alabama, Colorado, and Arizona may impose fees that can total up to $2000, which is way pricier than Oregon’s.

There are many reasons why a lot of automotive fans consider the state of Florida as the haven for buying vehicles, primarily used trucks. If you’re going to compare prices from every state, you would see that the prices in FL are, on average, 10% cheaper than anywhere else.

Another reason why trucks are cheaper in this state is because of the high number of wealthy residents. Those who have enough – or too much – money can buy new cars at least once every two years, thus creating a buyer’s market for used vehicles.

Most Popular Trucks In Texas

Needless to say, Texans love their trucks. This is perhaps the unofficial number one reason why trucks are cheaper in Texas, aside from the ones mentioned above. When you go to this state for the first time, expect to see trucks in all directions. With that said, here are three of the most popular trucks in Texas (which you can buy cheaper than in some states).

Texans consider pick-up trucks as the most ideal type of truck. Aside from being a very practicable truck, many reviews also praise the F-150 as one of the top trucks that can provide luxury. From its exterior, it looks like a regular work truck with a regular cab. But don’t be fooled; its interior and engine are packed with a lot of great features. The most popular from the F-150 family is the trucks with four doors and shorter beds – perfect for families. Ford also made all their F-150s using an aluminum body, making it lighter and faster than those constructed with steel.

One of Texas’s most popular trucks is the Toyota Tundra, known for being Toyota’s most powerful truck. This hardworking vehicle absolutely delivers excellent performance with its comfortable interiors, entertainment, and security features. The only thing that the Tundra lacks is the design; you can distinguish a Tundra by looking at it. It has the most basic structure of all trucks out in the market, and Toyota hasn’t made any design upgrade for a decade now.

The RAM 2500 is the gentle giant of all the trucks. It looks and is built tough, but its driving is far from tough, thanks to its multi-link rear suspension. For those who tow trailers and campers, 2500 boasts its 31,000 lbs of towing capacity. The more advanced 2500 also comes with features such as the front park assist and rear camera.

That is why trucks are cheaper in Texas (or not). If you’re looking for trucks or cars with different car brands, check out our listing by clicking on the link. We have more than 20,000 vehicles available in our listings from different car dealerships, so choose wisely.

Are Trucks Cheaper In Texas?

Yes and no. Trucks are cheaper in Texas because there’s a high demand for trucks in the area. On the other hand, it is not true because the sales tax marks the prices up.

States Where Trucks Are Cheaper

What Are The Most Popular Trucks In Texas?

PrevPreviousWhat? Sedans Can Tow?
NextBest Used Cars For 2021Next

Edu's first car was a 1996 Nissan Sentra. Now, he's setting his eyes on a new Bronco.

New High-Tech Car Features To Watch Out For

Just when we thought that the next car technology is flying cars, there’s more coming. Here are the new high-tech car features to check out. 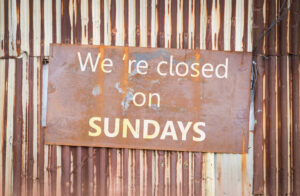 Is It Illegal To Buy A Car On A Sunday?

Have you noticed most dealerships are closed on a Sunday? That’s because buying cars on a Sunday is considered illegal. Here’s why. 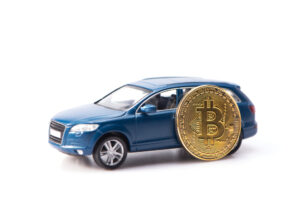 Can You Buy A Car With Bitcoin? Well, Yes, You Can

If you’re wondering whether you can buy a car with a bitcoin or not, you may be surprised at the possibility. It has its downsides, too. 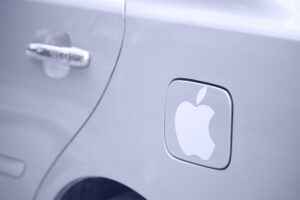 Yes, the Apple Car is No Longer a Myth, According to Hyundai

After seven years of waiting, Apple fans may just drive their own Apple Car, according to a premature (retracted) statement from Hyundai.